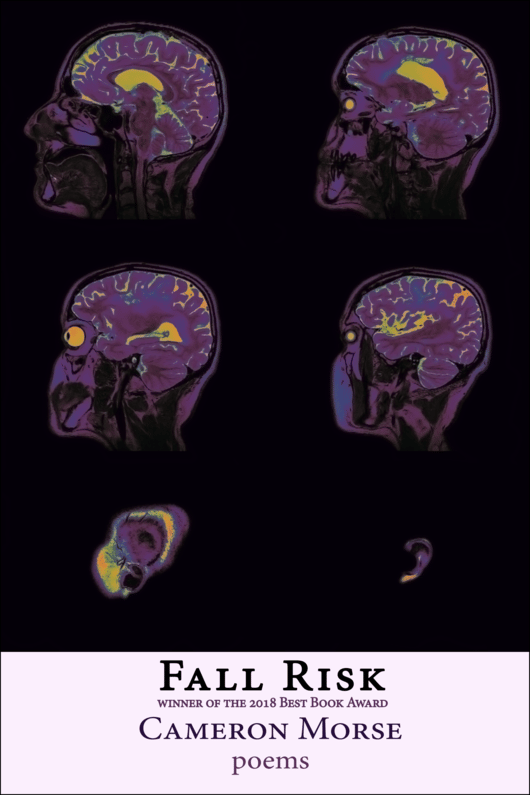 Cameron Morse confronts hard truths and transforms them. These poems offer readers faith in life and in art—a medical diagnosis and the clinical procedures that it involves can be shoved aside. We have here a poet whose craft and strength of will proceed toward beauty, family, and birth. We are not alone, these poems show us, gathering the spirits of St. Francis, Shelly, Diana herself, and, to my mind, the most uplifting evidence of poets such as William Stafford, Donald Justice, and all predecessor poets who, like Cameron Morse, continue to show us how to live.

Cameron Morse writes from a dizzying tightrope strung between childhood and fatherhood over an ominous chasm that appeared out of nowhere. The risk for this perceptive poet is not only in falling himself, but also in dropping the next generation “on my way out, / grazing your cheek with my blazing tail.” The stages of life are so compressed in these poems that they threaten to explode. Morse’s lines devastate with their juxtaposition of the clinical and the heartrending, as when a would-be father says to an embryo, “My brain tumor // is bigger than you are.” Each medical reference leaves the reader for a moment also suspended, wondering whether this poem is about life’s beginning or its possible end. From the midst of the worst kind of uncertainty, Morse writes achingly, searchingly of butterfly needles, acorns, and crucifixes—things circumscribed, edged—all the while gesturing presciently toward the edgeless fears in us all.

0
Your bag is empty
Start shopping